But It Works on My Computer

This is a short story about a PEBCAK 1 moment (sort of) that I had while updating my blog and a minor bug in hugo-tranquilpeak-theme.

On May 29th I decided that it was time to give some love to my repo, and added a LICENSE file and a README so anyone could see a little more about the blog when looking at the repo.

First, I added the LICENSE file, committed and push it to the repo. The pipeline for rebuilding the site failed, however I didn’t even look.

After that I added the README file, committed and push again. And then again, the pipeline failed.

After this, I went on GitLab, and check the changes and saw the two failed pipelines. That was really baffling, since I hadn’t changed any files concerning Hugo.

I looked again at the error shown on the logs, and searched around the internet, and nothing helpful appeared.

After some time scratching my head (hopefully short, but I don’t remember). I checked GitLab’s Hugo container, and there was the problem. I was using version 0.70.0 from the repo and GitLab had already updated to v0.71.1. After this, I installed the snap to check, and there it was: a bug on the theme that I was use for my blog.

So, as a workaround, I reverted the GitLab CI to version 0.70.0 and reported the bug to the upstream project. 24 hours later the bug was fixed, I tested the changes and said thank you to the developer 2, and everything could go back to normal. 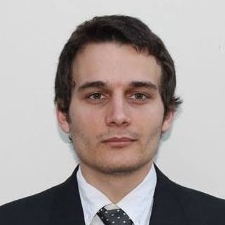 I’m a Chemical Engineer, a Linux user and a FOSS enthusiast. I write python from time to time, and I’m learning IoT. I wish to find a job where I can make the world a better place.